In addition to efforts to help our world better manage water resources, Pentair is working to transform the way safe water is sustainably delivered to people in need. Through Project Safewater, the company’s holistic approach to providing safe water solutions, Pentair collaborates with a range of partners with innovative approaches—combining technology, micro-enterprise business models, and scientific research—to provide sustainable access to safe water.

Since 2007, Pentair has implemented numerous Project Safewater programs around the world, and today provides clean, safe drinking water every day to three million people in the developing world. Its initial Safewater initiative, launched in 2007 in Colon, Honduras has enabled the community of 300,000 to sustainably operate more than 200 Safewater stations, reducing the incidence of water borne illness by 80 percent.

These projects help to improve our business models and technology frameworks. But most importantly, they save lives. Through these efforts, we create shared value – for society and for our business.

In providing sustainable access to drinking water in Colon, Honduras, Pentair created a radical shift in the understanding of the value of clean, safe water, and a process that could be replicated elsewhere.

Only 30-50% of water projects in developing countries function over the long term. Appropriate technology has to be paired with capacity building and education and awareness.

Today, each one of the approximately 300,000 residents in the Colón region of Honduras has access to clean, safe and affordable drinking water. But getting there wasn’t easy. In working with people who have free access to water sources, providing access to clean water isn’t enough. It would take not only the water treatment system, but also a significant shift in awareness of safe water and hygiene practices to maintain it.

Prior to Pentair's involvement in 2007, Colón was an example of a community facing safe water access problems plaguing many developing countries. The district’s residents got their drinking water from nearby sources with high counts of coliform bacteria, indicative of fecal contamination. Such contamination can lead to severe illness in the form of diarrhea, fever and extreme dehydration, and even death. But for the people of a poor region, free water was the only option.

For years, various aid organizations have attempted to tackle safe water problems. Despite advances in technology and billions of dollars expended, it is estimated that only 30-50 percent of water projects are functioning at any given time. As a leader in water technology, Pentair wanted to understand the root causes of this failure rate, and test ways to improve on it.

Pentair questioned why communities that had been provided water treatment systems would go back to getting their water from contaminated sources. Taking a step back to explore the bigger picture unearthed a massive insight: the obstacles to safe water were as much about habits and education as they were about technology. Solving these challenges, then, required an integrated approach – one that paired safe water with sanitation services as well as hygiene education.

In 2007, Pentair founded Project Safewater in Colón, an effort to develop an improved approach – combining technology, business models, community development and scientific research – to providing sustainable access to safe water. Pentair partnered with the nonprofit organization Water Mission to install more than 200 water treatment systems and over 15,000 individual latrines in Colón. Designed for use in tough environments, the systems have the ability to produce clean water for $3-6 per person per year.

To ensure that the access to safe water is sustained over the long term, Project Safewater introduced a microenterprise business model in which the local community owns the water treatment systems and users pay a nominal fee for potable water. Community education programs were conducted to raise awareness of the importance of safe, clean drinking water, helping residents value it so that they would be motived to make the financial contributions required to sustain the system.

Three years after the project’s inception, Colón residents saw an 80 percent reduction in waterborne diseases, and visits to the local health clinics for diarrheal diseases have dropped by over 50 percent.

The Project Safewater results offer conclusive evidence that access to clean, safe water directly reduces waterborne illnesses. Data suggests that interventions to provide potable water access, when combined with community development efforts and sanitation, can play a significant role in the reduction of illness and death from waterborne diseases, which is the leading killer of children under five in the developing world.

The residents of Kureb, India—an agricultural village approximately 100 kilometers outside of New Delhi—struggled with limited access to clean drinking water. The groundwater was contaminated with excess fluoride, causing waterborne illnesses such as fluorosis, a painful bone disorder, and other health problems. Oftentimes, residents embarked on long journeys simply to locate drinkable water. This resulted in a decline in children’s education, as they were tasked with collecting water rather than attending class. Poor water quality was compounded by high failure rates of water systems – at least 30 percent, with many more operating sub-optimally.

Working with Safe Water Network, Pentair launched the first safe water station in India, selling filtered water at a low cost. Today there are 250 iJal water stations providing clean water to more than 870,000 people in India.  Locally branded in India as iJal, (“my water” in Hindi), these self-sufficient stations treat contaminated water to World Health Organization standards with reverse osmosis technology and sell it to the community at an affordable rate. Revenue is used to pay for the operating costs of the water systems, with an ultimate target of capital recovery where feasible. Technical training and maintenance ensures less than two percent downtime, making the system highly sustainable. These stations help to reduce fluorosis and waterborne diseases caused by excess fluoride and other contaminants in the local groundwater.

One of the most densely populated places on the planet, an estimated one million Kibera residents in Nairobi, Kenya live in an area of less than 2.0 square miles, smaller than New York City’s Central Park. Up until recently, there was no running water, and residents paid exorbitant rates for water— often ten times what Nairobi city residents pay. The lack of clean water disproportionately affects women and girls, who are left to tend to those who fall ill due to unsafe water and lack of sanitation. Access to clean, safe water is thus key to empowering the women of Kibera, and to helping the larger community build a better future.

In 2013, Pentair partnered local non-governmental organization, Shining Hope for Communities (SHOFCO), to implement a pilot program with two objectives: to create a more stable, fairly priced supply of clean water in Kibera, and to help reduce the number of contracted waterborne illnesses. The revenues from the project sustain the water system and help fund the Kibera School for Girls, thereby creating an integrated link between clean water, the girls’ education and community development.

Pentair engineers designed, built and installed custom, state-of-the-art water filtration equipment to treat water on site and doubled the volume of the existing water supply system delivered to the community. Additionally, an aerial piping system was installed, the first of its kind to be constructed in Kenya, and now distributes clean water away from groundwater contamination while reducing risk of tampering or vandalism. Because of this development, SHOFCO and the Center for Disease Control (CDC) are partnering to research waterborne diseases in Kibera. Initial findings indicate a reduction in reports of waterborne disease in neighboring health clinics since the program launched. 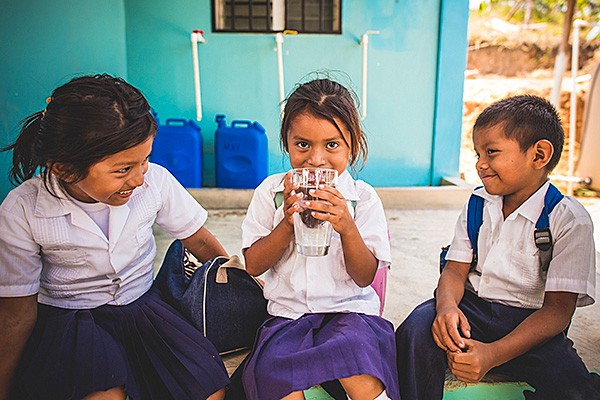 Pentair partners with Water Mission to provide 300,000 residents in the Colón region of Honduras with access to clean, safe and affordable drinking water. 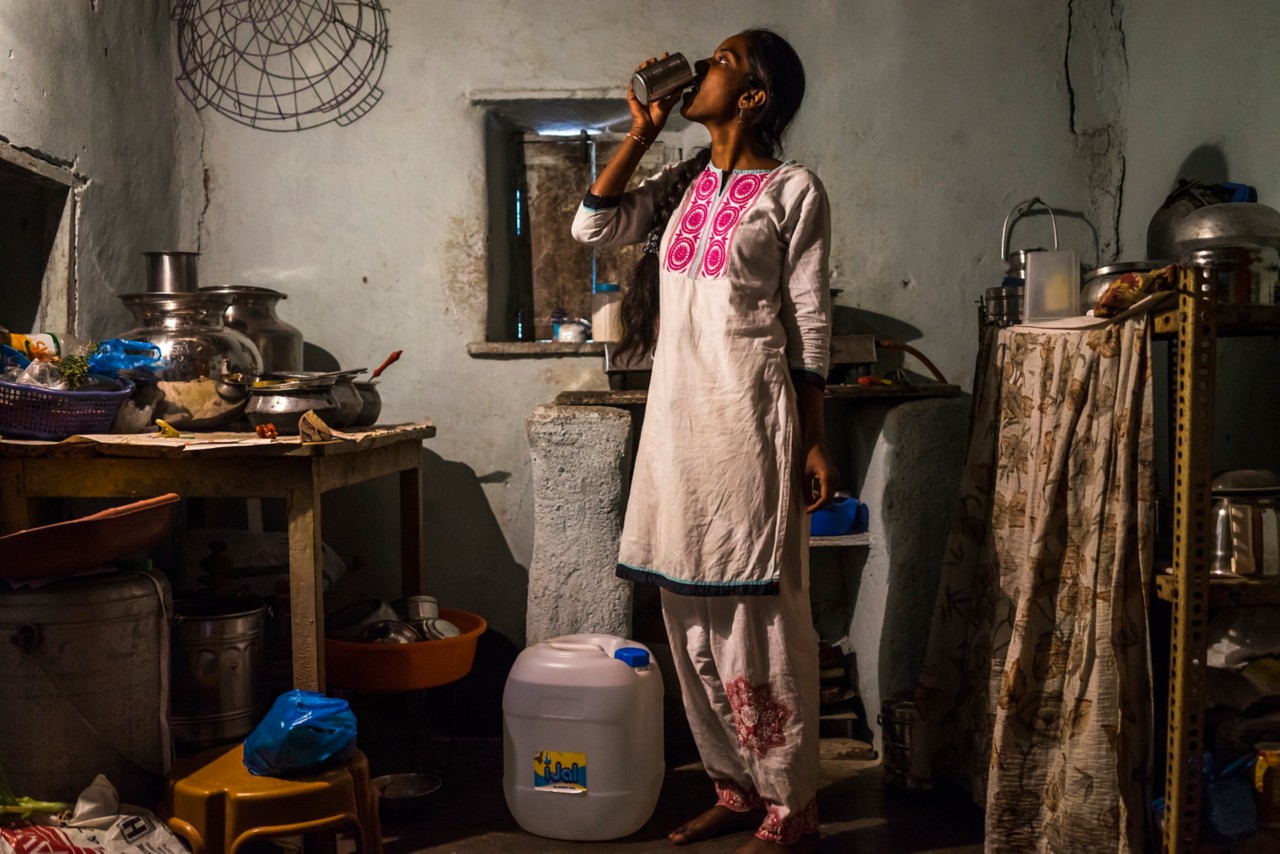 Pentair supports Safe Water Network’s expansion in the Indian state of Telangana, which currently provides access to over 900,000 people through 260+ stations. 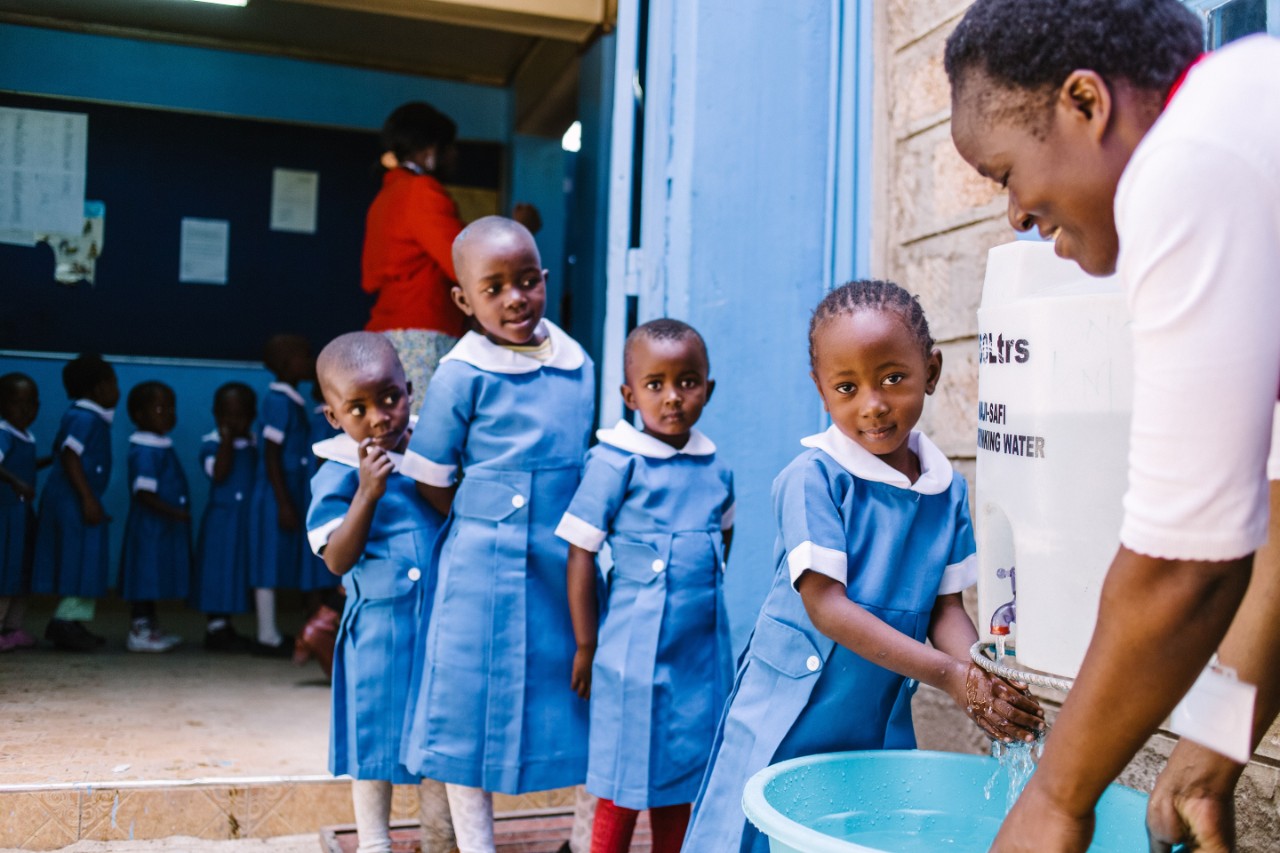 Learn More
Back to top of page