The residents of Kureb, India—an agricultural village approximately 100 kilometers outside of New Delhi—struggled with limited access to clean drinking water. The groundwater was contaminated with excess fluoride, causing waterborne illnesses such as fluorosis, a painful bone disorder, and other health problems. Oftentimes, residents embarked on long journeys simply to locate drinkable water. This resulted in a decline in children’s education, as they were tasked with collecting water rather than attending class. Poor water quality was compounded by high failure rates of water systems – at least 30 percent, with many more operating sub-optimally. 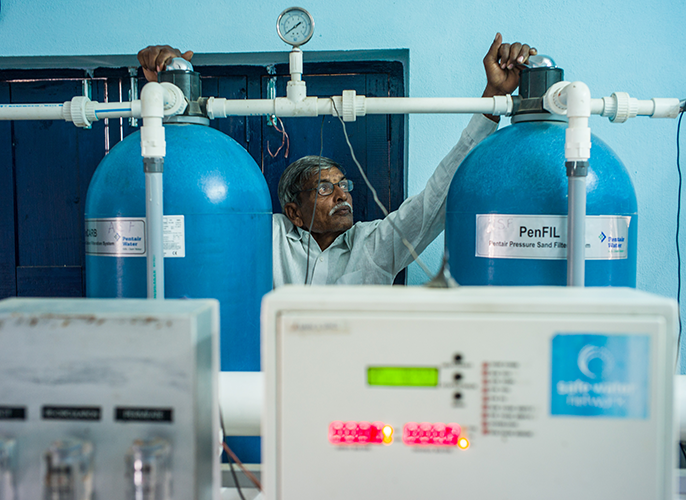 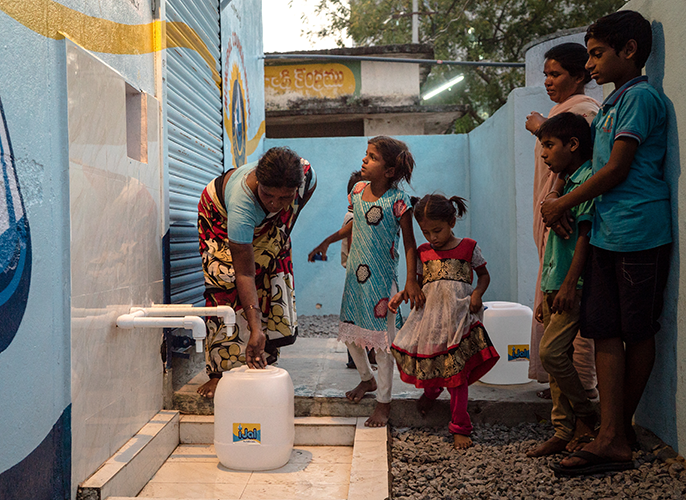 Working with Safe Water Network, Pentair launched the first safe water station in India, selling filtered water at a low cost. Today there are over 260 iJal water stations providing clean water to more than 900,000 people in India.  Locally branded in India as iJal, (“my water” in Hindi), these self-sufficient stations treat contaminated water to World Health Organization standards with reverse osmosis technology and sell it to the community at an affordable rate. Revenue is used to pay for the operating costs of the water systems, with an ultimate target of capital recovery where feasible. Technical training and maintenance ensures less than two percent downtime, making the system highly sustainable. These stations help to reduce fluorosis and waterborne diseases caused by excess fluoride and other contaminants in the local groundwater.

Back to top of page